SoNerdly's Valerie Zapien explains how the IRS is preventing thousands from getting a passport.

by Alexandra Poppins
in Tax Debt
158 3

Towards the end of 2015, the Fixing America’s Surface Transportation Act, or the FAST Act became a law. Congress approved it, and President Obama signed it into law, with its purpose being “to authorize funds for Federal-aid highways, highway safety programs, and transit programs, and for other purposes.” However, non-infrastructure laws were also included in this bill.

Section 32101 falls toward the end of the 490-page FAST Act. This section introduces an addition to the Internal Revenue Code. This addition, the “Revocation or Denial of Passport in Case of Certain Tax Delinquencies” has to do with the IRS, the Secretary of State, and delinquent taxpayers. It instructs the IRS to share information of taxpayers with significant delinquent tax debt with the Secretary of State. Why does the section instruct the IRS to do this? For the purpose of “denial, revocation, or limitation of a passport.“

The Wall Street Journal released a report confirming that under this law of FAST Act, Americans may have a passport application or application for renewal denied. And the report gives readers insight into how extensive this problem is. According to word from the IRS in the report, at the very least, “362,000 Americans with overdue tax debts will be denied new or renewed passports” if they fail to settle their tax debts.

Mary Beth Murphy, IRS Division Commissioner, has stated that there has already been a substantial amount of tax collections following this law. Another IRS spokesperson confirmed that the IRS has collected $11.5 million from just 220 taxpayers. Furthermore, over 1,000 more taxpayers have signed installment agreements so as to not be prevented from acquiring or renewing their passports.

How To Tell If You’re Affected

This law may come as a shock to many, and it is important to know whether or not you are affected. The FAST Act explains exactly whom this new law should affect:

For purposes of this section, the term ‘seriously delinquent tax debt’ means an unpaid, legally enforceable Federal tax liability of an individual—
(A) which has been assessed,
(B) which is greater than $50,000, and
(C) with respect to which—
(i) a notice of lien has been filed pursuant to section 6323 and the administrative rights under section 6320 with respect to such filing have been exhausted or have lapsed, or
(ii) a levy is made pursuant to section 6331

This law may seem complex, but we’re here to help you better understand it. Essentially, if you owe the IRS over $50,000, you could be affected. But until the IRS files a lien or levy, you will not be prevented from acquiring or renewing a passport. You will know if they have filed this when you receive a letter from the IRS stating, “Intent to Levy.”

If you have only received a letter from the IRS about a misunderstanding in your tax debt situation, you still have time to fix the situation before the new law affects you. But be sure to face the situation head-on before you are potentially denied a passport or before your current passport is revoked.

Similarly, if you are on an offer-in-compromise or installment plan and you are current on those payments, your passport will not be revoked and you will not be denied a new one. This also goes for if you are battling the assessment in court, are seeking innocent spouse relief, are a victim of tax identity theft, have filed for bankruptcy, are in a federally declared disaster area, or are serving in a combat zone.

The Foreign Bank and Financial Accounts (FBAR) penalties are not currently being considered when applying the new law. This may further give relief to you or other taxpayers who live or have assets overseas and may have failed to disclose those assets to the US Department of Treasury.

The State Department is currently only denying applications for acquiring new passports or having passports renewed. Luckily, there has not yet been action to actually revoke US citizen’s passports, although it could be a possibility in the future.

In general, it is important to face any tax debt problems you may have directly, rather than ignoring them or putting the issues off. This alone may help you significantly in your tax debt situation. Another option is to speak to an expert. They can help you resolve it the proper way and prevent any consequences. If you are considering contacting an expert, check out our friends at TaxRise.

This site uses Akismet to reduce spam. Learn how your comment data is processed. 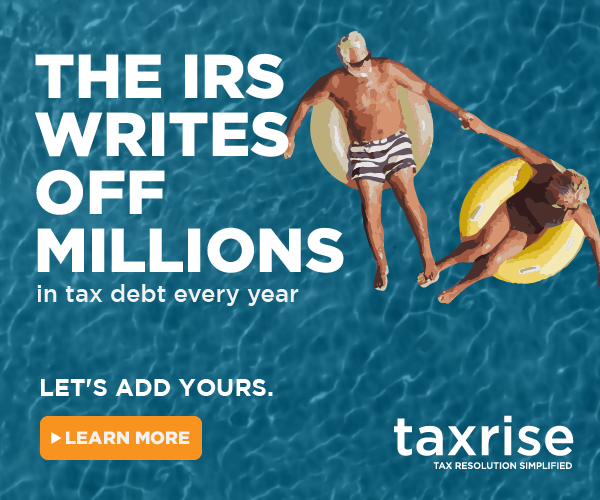 The Problem With Back Taxes

Is It Worth Hiring a Tax Professional?